In this blog, you will learn about AWS Cloud Development Kit using Java. Without further ado let’s get started!

You may also be interested in: „React 18 Features – What’s new in the box?“

The AWS CDK lets you build applications in the cloud with the expressive power of a programming language. It is recommended for users who have moderate to high experience of using AWS services. Let’s have a look at some key concepts while using AWS CDK to create CDK Apps. 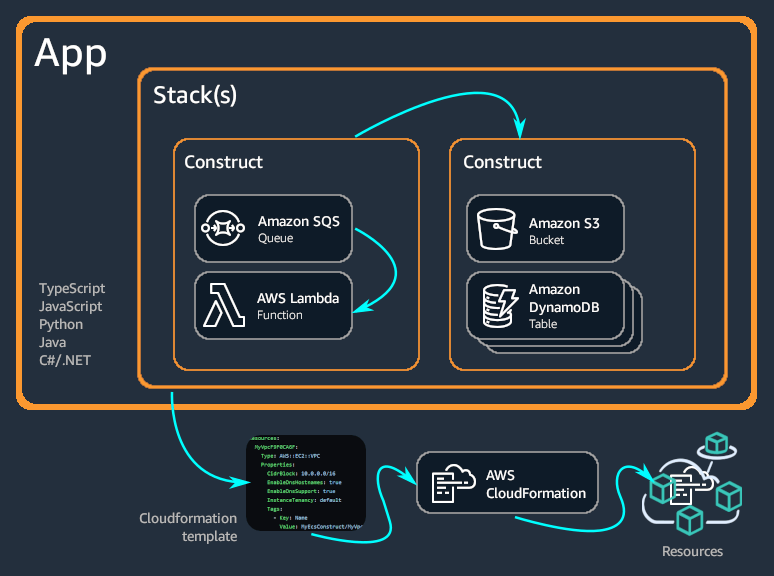 You will get a hold of these concepts after implementing the sample-cdk-project app.

First, you need to install AWS CLI on your computer. Moreover, you also need an access key and a secret key provided by the administrator of the AWS Account.

First, confirm that you have successfully installed it on your computer by entering the following command.

Then enter the following command to set up your AWS CLI installation on your computer.

CDK Toolkit is a tool for working with  AWS CDK apps and stacks. The Toolkit provides the ability to convert one or more AWS CDK stacks to CloudFormation templates and related assets and to deploy stacks to an AWS account along with other functions. Now it’s time to install AWS CDK Toolkit using the Node Package Manager command. For that, you will enter the following command

First, create a new directory for the sample CDK app with the following command.

Then make it the working directory.

Let’s have a look at what’s going on inside the project.

The good part is that you can open your project in any of your favorite IDE. The project directory looks like the following. Let’s have a look at SampleCdkProjectStack.java and SampleCdkProjectApp.java one by one. 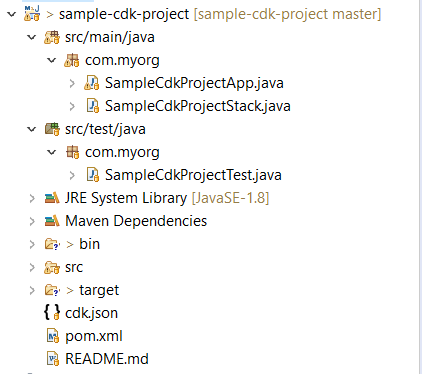 This is the default stack of the sample-cdk-project. To get started, you will uncomment the example resource. SampleCdkProjectStack extends the Stack base class and includes a single Amazon SQS Queue with a timeout of processing a message set to 300 seconds. Constructs represent a cloud component and are the basic building blocks of AWS CDK apps. Amazon SQS Queue is a construct in the following example. Note that all constructs take three parameters on initialization: Scope, id, and Props.

In the above class, uncomment the code to specialize this stack for the AWS Account and Region that are implied by the current CLI configuration.

When we deploy AWS CDK apps into an AWS environment, there are certain resources that may be needed for deployment such as the Amazon S3 bucket for storing files and IAM roles with certain permissions to perform the deployment. The process of providing these resources is called Bootstrapping.

The above resources are defined in an AWS CloudFormation stack which is called CDKToolkit. The following command deploys the CDK Toolkit staging stack. 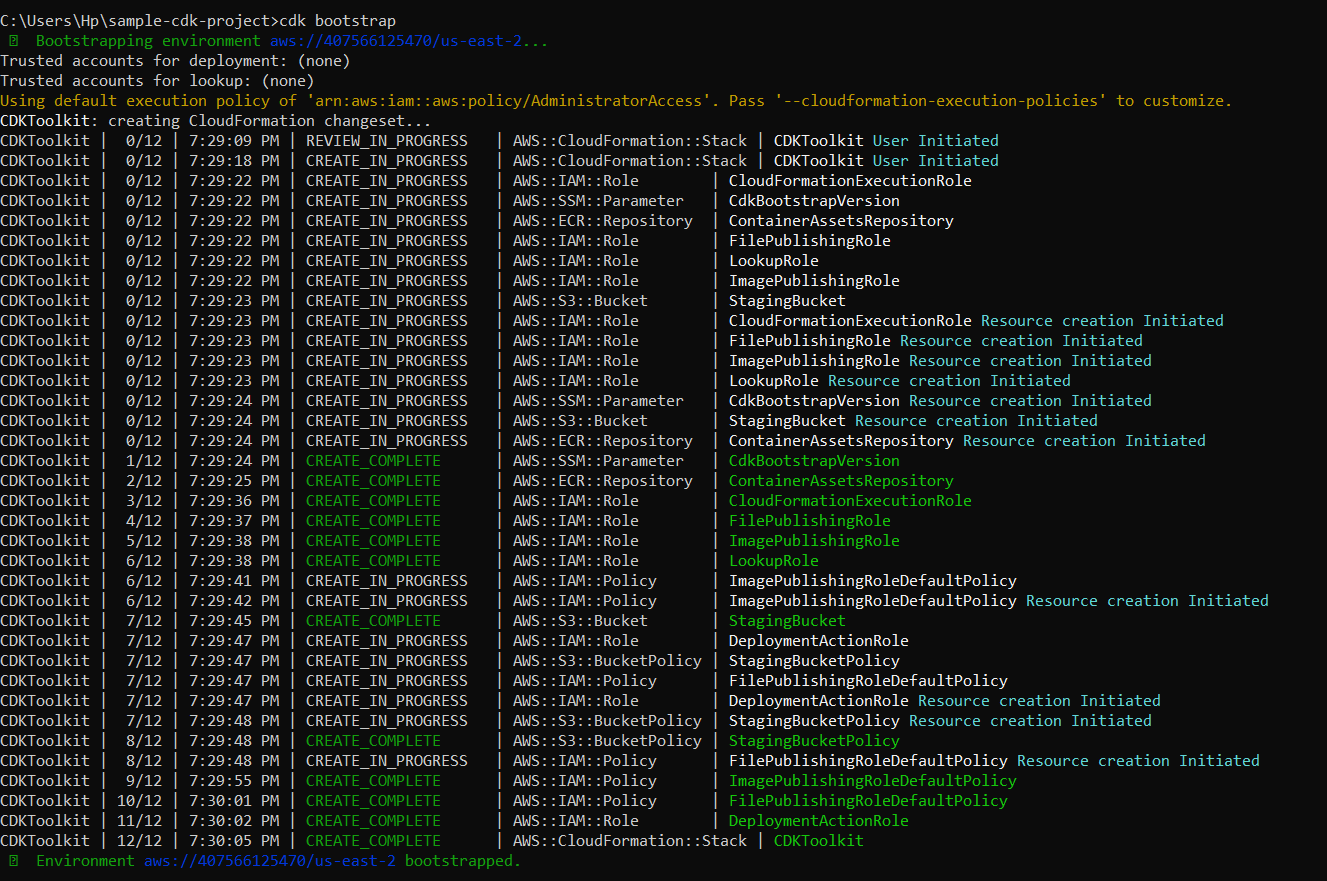 You can have a look at the Resources in CDKToolkit CloudFormation template. 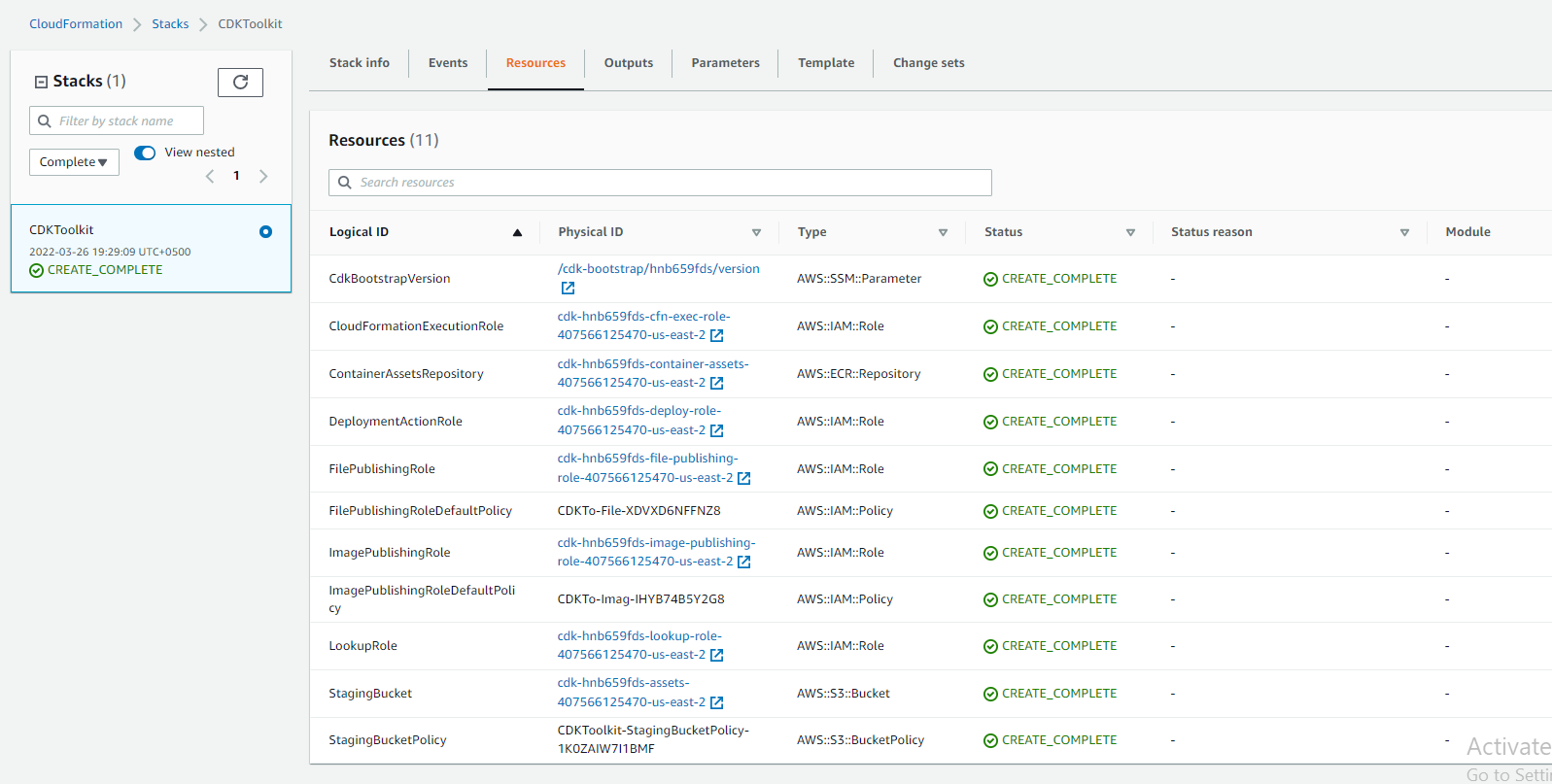 Now enter the following command to deploy the resources defined in the stack of your CDK app.

You can have a look at the Resources in SampleCdkProjectStack CloudFormation template.

This is the Amazon SQS Queue that you defined in the stack.

In the end, destroy cdk-sample-project resources using the following command

With this, we have come to the end of our blog. In this blog, you learned the basics of AWS Cloud Development Kit and created a CDK app using java. If you want to practice more, do check out the official github repository of AWS that has examples implemented in java.

Stay tuned for some more informative stuff coming ahead. Feel free to leave any feedback in the comments section.

Here at Unimedia Technology we have a team of Cloud Native Developers that can help you develop your most complex AWS and Azure Applications.