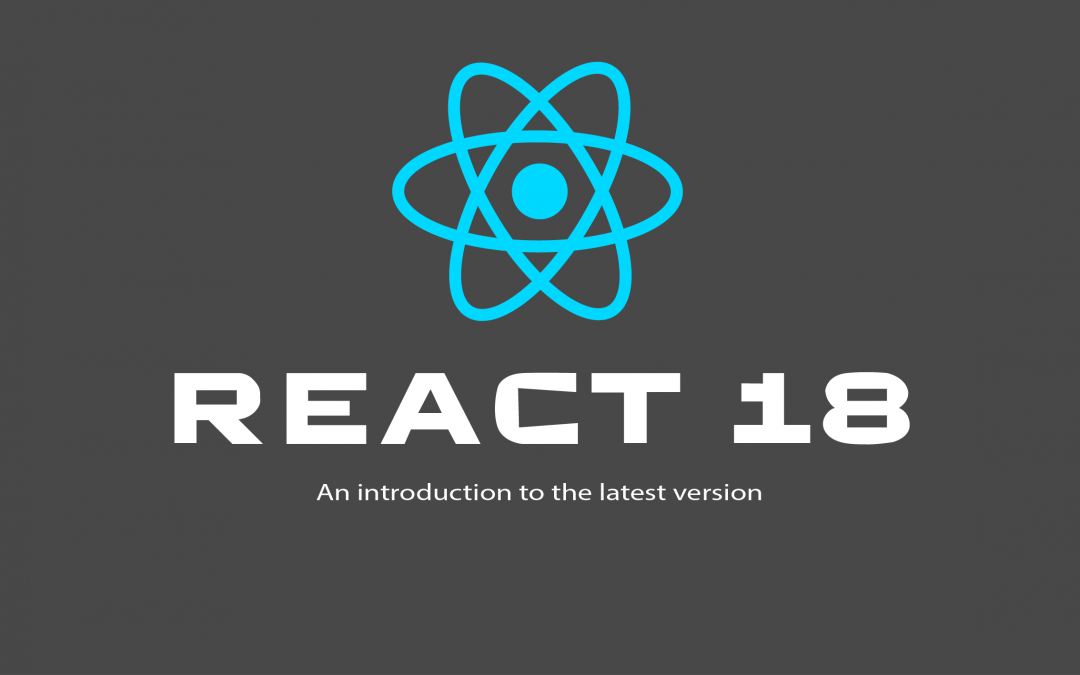 ReactJS is a free and open-source, component-based front-end library liable only for the application’s view layer. This JavaScript library is for building user interfaces based on UI components. Facebook maintains it. React has provided ease since its release.

You may also be interested in: „Build a Simple CRUD App using React and Node“

React uses a declarative paradigm that makes it easier to reason your application and goals to be both efficient and flexible. It illustrates simple views for each state for an application, and React will efficiently update and render just the right component when the data transforms. The declarative view makes the code easier to read and effortless in debugging state.

What Is The Main Goal Of This Article?

This article sheds light on the upcoming features that will be available in React-18, its applications, and other essential things that are worth comprehending.

When it comes to the matter of releasing a new version of a programming language, developers often find themselves panicked. There is always a fear of upgrading or dismantling the existing setup. In this case, you should not have anxiety at all! The new release will not come up with major changes. Therefore, it doesn’t require new skills.
The latest version is coming up with out-of-the-box improvements functions in the form of automated batching, new APIs (for example, startTransition), and a new streaming server renderer with built-in support for React.lazy by the time it will be pitched and ready to roll for the developers.

Among the new features, concurrency is the major change in the latest release of React 18. Concurrent defines the ability to execute multiple tasks at a time. Let’s assume that a user is clicking or typing in a React component and simultaneously an animation is playing in a component in another React component. In this situation, the animation is rendered within the context of React while the user is typing or clicking the buttons. On the other hand, in the earlier versions, React was operating all these hook calls, function calls, etc., simultaneously, and it took an extended time to process all these. Find more details in the React-18 Release announcement.

So, at a point, the user had a feeling that the app was stocking. This incident was definitely had a destructive impact on users. To resolve this issue, React developers come up with the idea of Concurrent Rendering that provides transition API by that React is gaining some command of this event loop to the user.

As mentioned earlier, the Transition API provides control over concurrency with the new version of React 18. The startTransition API allows developers to point out which actions may block the thread and cause lag on the screen. Suppose a user obstructs a transition; React will pitch out the stale rendering work that wasn’t finished and render only the latest update. Let me give you a quick example of using startTransition API below.

Transitions let you control most interactions speedy, even if they lead to significant UI changes. They also keep you away from wasting time rendering content that’s no longer relevant.

React 18 also comes up with a new hook called useTransition. Using this hook developer can display a loader while the transition is pending. It helps in indicating to the user that the app is processing their input and will portray the results soon. Follow the example below.

Batching offers better computational performance. It occurs when ReactJS groups multiple updates together into a single render state. Batching is something that the developers usually do not have to care about, but it’s wise to know what’s happening behind the scene. Whenever someone uses setState to change a variable inside any function, rather make a render at each setState, React instead collects all setState and then runs them together. It is automatic batching. Please have a close look at the below code snippet to understand the process well.

The New and Improvements to Root API

The Root API works like a pointer for the top-level data structures on the application that React uses to follow a render tree. The legacy root API and ReactDOM.createRoot are the two new APIs that will be introduced in React 18. The latest root API called ReactDOM.createRoot will add all the refinements to the application and let concurrent mode features. Let me show you the difference between the old and new Root APIs below.

Suspense API and Server Side Rendering

The acronym SSR stands for Server-Side-Rendering. It is a component that lets developers develop HTML from React components straightforward on the server and share the HTML with users. Users can witness a page preview through Server-Side-Rendering even before loading the javascript bundle. However, these JavaScript bundles take a longer time than usual to process the package sometimes. This time period is Hydrating time. The latest React will reduce the Hydrating time. Hence, it allows HTML streaming directly on the SSR. Do you wonder what HTML streaming is? Let me put it this way: Streaming HTML indicates that the server can send pieces of your components as they get rendered. It performs by using the Suspense API, where you’d select which parts of your application will take longer to load and which ones should render instantly. Please have a glance at the example below.

Collaboration With the Community

For this release, React developer team is endeavoring something distinct: They’ve invited a panel of experts, developers, library authors, and educators from throughout the React community to join their React 18 Working Group to provide comments, ask questions, and work on the project. The React 18 Working Group’s mission is to prepare the ecosystem for the seamless and progressive adoption of React 18 by existing apps and frameworks. The Working Group’s discussions are held on GitHub Discussions and are open to the public. The React working group members can provide input, ask questions, and discuss ideas. The core team will also share the research findings in the talks repo. The official React blog will communicate any critical information as the stable release date approaches.

How to Get Started With React 18 Alpha Today?

The @alpha tag is used to publish new alphas to npm regularly. The most recent commit to our main repo is used to create these releases. When a feature or bugfix is merged, an alpha version will be released the following weekday.

Between alpha releases, there could be significant behavioral or API changes. Please remember that alpha releases are not for user-facing or production applications.

Here at Unimedia Technology we have a team of Web Developers that can help you develop your most complex React Applications.